Part of our unrivalled Iron Maiden collection, we pay tribute to the Metal legends with the Trooper Gi, a unique and exclusive design added to a high quality Tatami gi. Perfect for the mats. 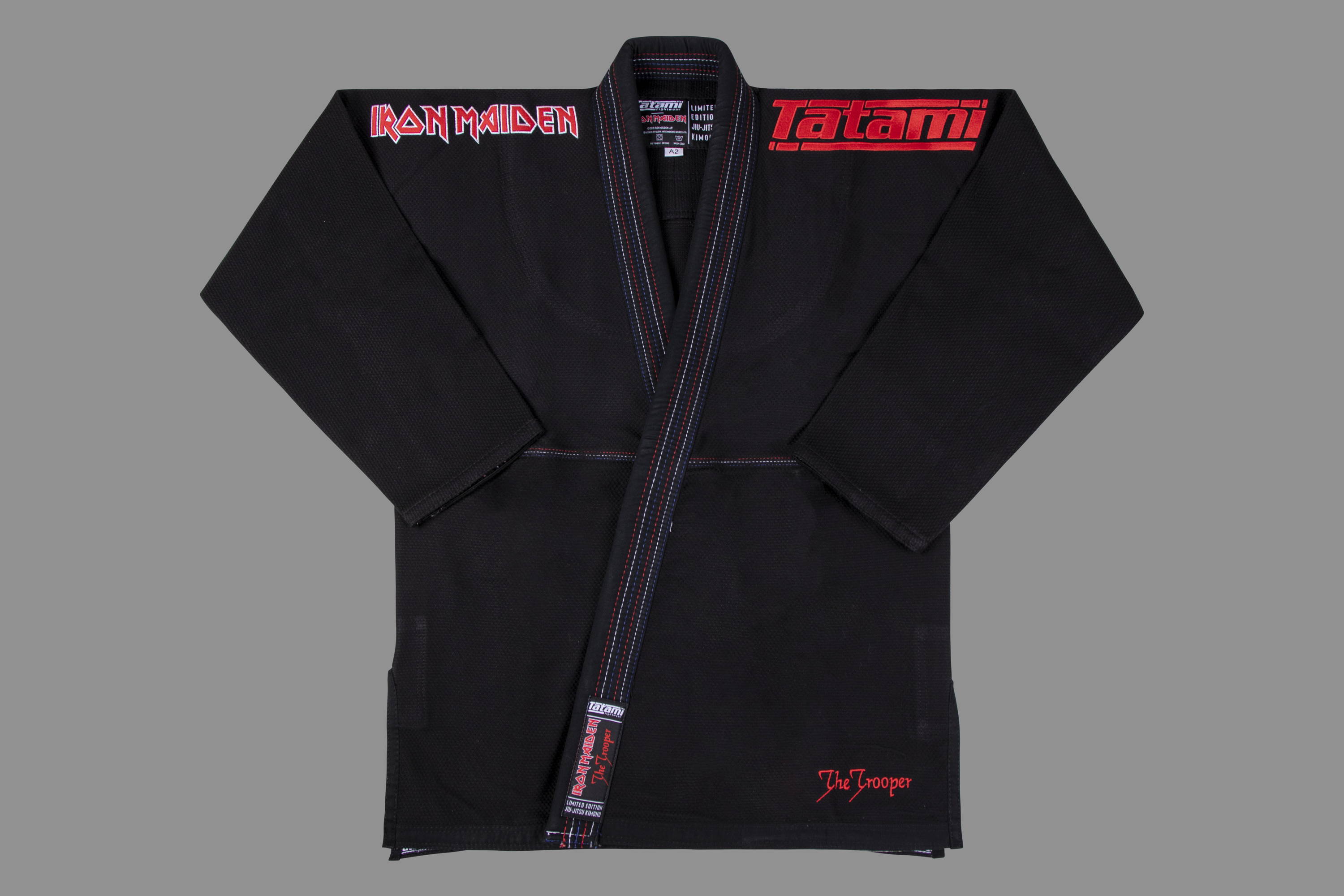 As part of our Iron Maiden collection, we bring you the latest gi in the range - The Trooper.

Iron Maiden are one of the most recognisable bands in heavy metal and their success has spanned worldwide across multiple decades. Following on from two Maiden-inspired rash guards, we give the fanbase another chance to combine a couple of their passions with the Trooper Gi.

This gi takes its inspiration from “The Trooper” a song by the English band released in 1983 from their fourth studio album, ‘Piece of Mind’. The song is based on the Charge of the Light Brigade at the Battle of Balaclava 1854, which took place during the Crimean war, and inspired by Lord Tennyson’s poem of the same name.

The Trooper incorporates exclusive band artwork sublimation to the inside jacket area as well as patches and embroidery. A stand out feature of the gi is the red, white and blue stitching - showcasing the three colours of the Union Jack flag that stands out so predominantly in the artwork and the song.

✔️ Discount code found, it will be applied at checkout.

Discount code cannot be applied to the cart.

The discount code cannot be applied to the cart. Please ensure the cart meets the requirements to apply this discount code.

Discount code cannot be combined with the offers applied to the cart.